Recently, I’ve been reading Germaine Greer’s The Female Eunuch (1970). And she strikes a nerve with me when she writes, “Our society encourages the substitution of addiction for spontaneous pleasure and specifically encourages women to foster dependencies which will limit their mates’ tendencies to roving and other forms of instability” (176). Men in turn, she argues, are encouraged to view women as trendy accoutrements–a possession that reflects their own desirability, virility, and masculinity.

Are human beings really so desperate to play for keeps that they will bust your kneecaps just to keep you from walking out?

Greer got under my skin precisely because I know she is right. The modern world is a minefield where, as a woman, I regard relationships with a degree of dread. Romance seems a lose-lose proposition: of being reduced to an accoutrement or failing to measure up as one. A situation that strings me toward dependency as well as “fostering dependencies” in someone I respect.

Greer’s response seems to be generalized suspicion toward any affection that claims permanence. Any romantic relationship that stakes out territory and ropes it off. And for more than 40 years, this seems the untenable stance that feminism has adopted toward romantic love.

It feels, some days, like the world has put a loaded gun to our heads–male and female–and demands in a thug’s voice, “Love, or your autonomy?”

When the question itself is a fallacy. Human beings require community. As study after study on solitary confinement shows, our mental and physical health depends on our sense of connection with others. Autonomy itself is an illusion–whether that is political, economic, or personal. No entity exists in isolation, as any ecologist can tell you.

And love, for all the methods society has used to gentrify it, is still a wild and confounding thing that binds us to friends, spouses, and parents in ways that mystify and can never really be thrown off. The very paradox of love, as something even the most willful, independent-minded feminist cannot escape, is part of the mystery of it. It is still, millennia after we ceased believing in Venus and Cupid, the arrow that fells us where we stand.

I want a vision of love that incorporates equality and independence–while recognizing the reality of interdependence and that inescapable craving for permanent affections, for stable community, for a safety from which we can explore and grow. And for this, I would rather turn to Kahlil Gibran than Greer. He, too, urges us to “make not a bond of love.”

But where Greer seems to wonder if it’s better to give up on the project altogether, Gibran counsels us to “let it rather be a moving sea between the shores of your souls.” Worry less, he could be urging feminists, and love more. Know yourself and grow from that–but love from that, too.

“Give your hearts,” he writes, only to follow this with the reversal–“but not into each other’s keeping. / For only the hand of Life can contain your hearts. / And stand together, but not too near together: / For the pillars of the temple stand apart, / And the oak tree and the cypress grow not in each other’s shadow.” 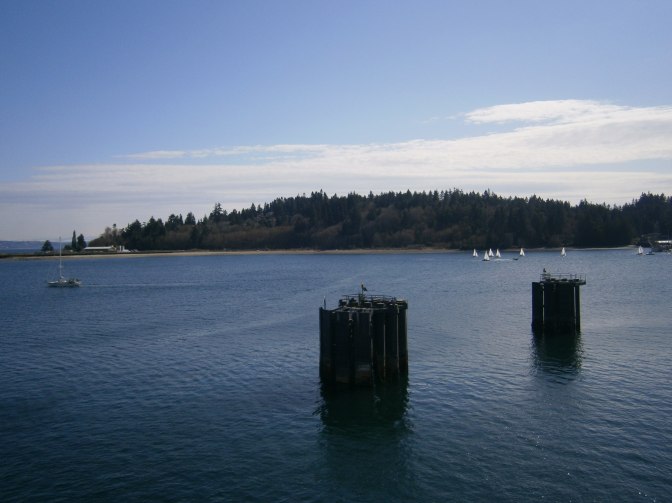