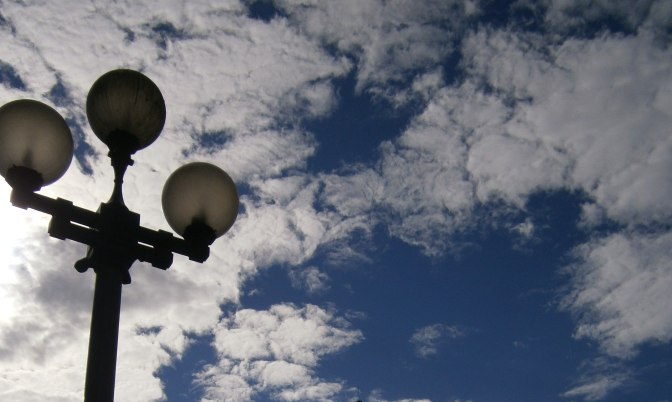 I inherited my mother’s rage. And she had a lot to be angry about.

Growing up in small-town Kennewick in the 1950s and 1960s, she was told she couldn’t do what the boys did. Couldn’t race bikes out in the street. Couldn’t beat them at math.

But, as a consequence, she couldn’t get a date for her first 23 years.

She was the first in her family to graduate from college. An AA in Computer Science, class of 1972.

She’d been sexually harassed by professors, received lower grades for refusing to flirt with them, put up with ogling from her male classmates. Had few friends.

But now she’d made it. She got her first real job 150 miles from home. Packed up and moved to Hood River, Oregon.

She worked the graveyard shift alone, looking after banks of computers in some basement complex.

Maybe the company felt it would be bad news to have an attractive 20-year-old woman working in a roomful of men. Maybe they felt it was all a novice was capable of–late-night computer maintenance and basic programming. Or maybe it was genuinely the best opening they had.

But my mother took it. For over a year, she didn’t see anyone at work. Then she drove home to a two-room house she rented alone. She didn’t see daylight. Didn’t have friends. Didn’t go out.

After eighteen months, she had a nervous breakdown. Walked out on her job. Moved back home to live with her parents.

Eventually, she got a job with regular hours at Boeing.

At 23, she went on her first date with my dad. Three months later, they were married.

It didn’t take long before she saw another side of him. One day, they were having a fight, and he simply walked out of their duplex and left. She thought he’d left for good.

Hours later, he came back. But this became a pattern over the next three years. She would throw things at him. He would walk out. Not a word. Just up and leave.

After six years together, they had their first child. Things got worse. He became outright abusive, and by the time I was in elementary school, my mother was broken. She had given up. She did what she was told. She cowered and sniveled as my father pelted her with insults.

Sometimes, at that point, she would still attempt a last stand. “That isn’t true. It isn’t true,” she would say, sobbing, but even I knew she believed him. She believed she was a useless, good-for-nothing freeloader who took all her husband’s hard work for granted.

She sewed our own clothes. Shopped sales. Took odd jobs doing inventory or sewing ballet costumes. Anything to help. Still, she believed him.

Toni Morrison once said that anger is “paralyzing” and useless. You can’t get anything done with it.

But sometimes you can’t get anything done without it. Sometimes I think that if my mother had stayed angry, she might have survived it. She might have got herself out.

Instead, she ended up numb and resigned. All the fight–all the light–gone out of her.

I did stay angry, and it kept me going. Helped me tear through my own “good-for-nothing” walls.

And now that I’m out, Morrison’s quote rings true. Now I’m safe, and I have to find another way to live. Stripped of rage, there is now fear. Life on the outside of abuse and marginalization requires a different kind of courage.

But first you have to get there. And for that, rage has all the use in the world.