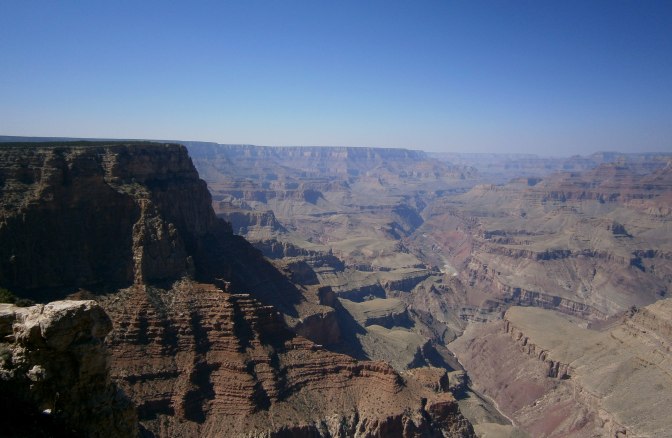 “But what happens if you leave?”

I was 21 years old and having a hypothetical discussion with my anthropology professor. He knew I was Mormon. Knew I had a complex relationship to my faith. And though we were talking about community in a general sense, he knew I was thinking of leaving it.

He shrugged. “You end up Nowhere.”

“You mean outside of everything?”

“So it’s a place then. Like a capital-N place. A proper noun.”

I rolled my eyes. “You can’t have a place that’s a Place and Not-a-Place.”

“But there are other people there?”

What can I say? The guy was really Zen.

The last few weeks I’ve been listening to Professor Clare Kinney’s lectures on Shakespeare’s tragedies. And tragedy, she argues, is the dramatic space of choice. Every tragic hero is caught between two conflicting social norms or duties.

Hamlet must decide whether family and human life are more sacred than the warrior-ethos of avenging his father’s murder. Coriolanus must decide whether honor lies in social roles or fierce independence. And in his old age, Lear wants all the privileges of kingship and none of the responsibility.

Identity, Kinney argues again and again, “cannot be kept separate from the perceptions of other people.” And that is where tragedy unfolds–in this space of agency where who we think we are comes up against who we appear to be. Like it or not, Kinney says, we are all part of a community. And we have to negotiate with that community.

Or, I decided in my early twenties, you simply leave it.

And yeah, ten years later, I get what my professor meant about “Nowhere”. The space outside family, religion, marriage, and other fixed social relationships is a weird netherworld where, at first, there really is no one and nothing. It’s not all that different from the Mormon conception of “Outer Darkness.” You are alone in a way few people in human history could afford to be.

But in a world of 7 billion, it’s pretty hard to remain outside community altogether.

And what ends up happening, in my experience, is you stumble into new communities. You gradually begin to build a new family. And I can’t help but wonder, looking around at people in their twenties and thirties, if this is another developmental requisite for adulthood now.

Maybe we all have to find our own Nowhere. To venture beyond the community we inherited. The hand-me-down definitions of self and relationships. Maybe we all have to go out into the world alone. So that in that new and undefined space, we have the choice–and the freedom–to define ourselves, and then build up new communities around that. A new kind of family built around understanding and belonging.

I hope so anyway. Let the tragic choices come first. The wisdom–and the belonging–after.