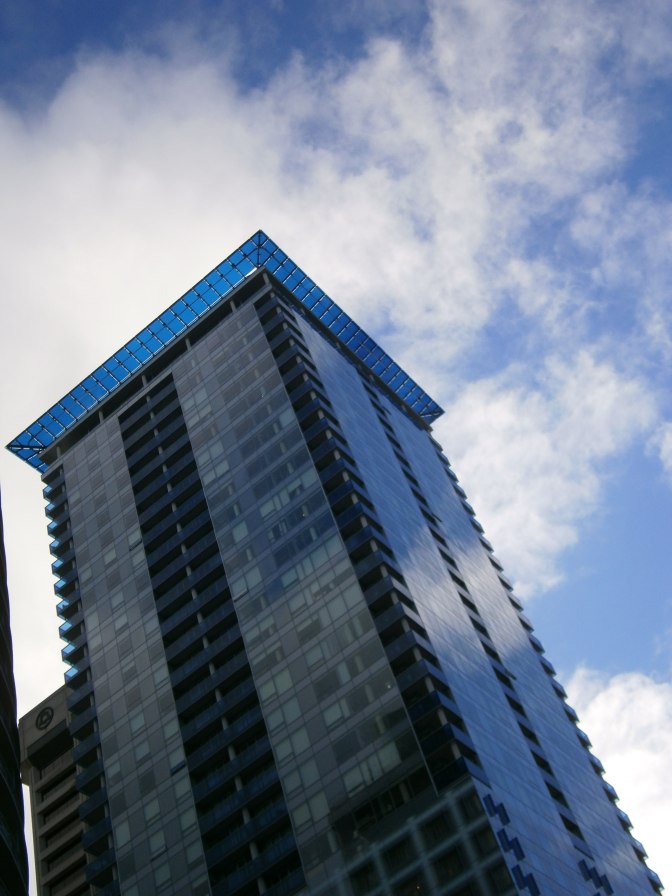 My grandfather loved Glenn Miller. As a Mobil service station man, he respected how Miller had worked as a poor musician and composer all through his twenties and early thirties, never getting much of anywhere. “But he was always looking,” Grandpa said, “looking for that sound.”

Grandpa understood that a man could be looking for something, never knowing what exactly, until he bumped up against it.

My brother and I will always remember that moment my grandfather stood in his den doorway and listened to “In the Mood”—one of Miller’s slower pieces, a serenade. And Grandpa’s eyes half closed, and his soul slipped out of that room, out of that house, and back to the 1940s.

We watched as the old man with the intestinal cancer growing there inside him melted into the young man, square faced and lanky, beanpole-straight in his suit jacket. And then he saw Beryl across the gymnasium floor. Kennewick’s beauty queen. Too beautiful for the likes of him, an old country boy from Sunnyside, tall and awkward and gawking at this girl who couldn’t be real, who couldn’t be there smiling up at him. Until he asked her for a dance and felt, under his large hands, her shoulders solid as apples and just as real.

We followed him to that gymnasium, and we saw the moment he fell head over heels in love with our grandmother. That moment he found what he’d been looking for. We never forgot it.

And Miller? He found it, too. It wasn’t until his mid-thirties. But once he had it, he had it.

My grandfather liked that story. He could tell it again and again. An artist’s quest, the instinct for “that sound.”

The year he died Grandpa called me back into that den. “Honey, I got something for you.”

And then he set his old Smith-Corona typewriter on the desk, the Coronamatic 2200, and cracked open the plastic case. He pulled back the lid and let me peek in. I gasped the same way I had when he gave me my first Glenn Miller CD. “If you want it.”

I stared at him. Why wouldn’t I want it? And he laughed.

He helped me set it up in the kitchen. “I’m going to start a short story,” I announced.

He knew I was looking. Looking for that sound. And he wanted me to find it.

That was the last time I saw him. The first family member, and the last other than my brother, to really understand what I was trying to do with my life. And to want me to succeed at it.

Sometimes I can almost hear him over my shoulder, when a short story doesn’t come out right or a character won’t get born. I feel almost as if he’s there when I scroll a page into the typewriter and flip the switch and it hums to life. Almost as if his hand rests on my shoulder.

You keep on looking, honey.

You keep on looking.

One thought on “That Sound”