I first read James Wood’s How Fiction Works nearly ten years ago, shortly after it was published. And it hasn’t aged well. It probably didn’t help that the first time I picked it up, I assumed it was a volume of criticism from the 1950s or 1960s

Reading it this time around for my MFA has been, well, eye-opening. For starters, I actually looked at the copyright: 2008.

Wood was only in his forties when he wrote it.

This raised some troubling questions. First, why does he sound like an academic writing from 1950? Also, why does he refuse to engage with the up-and-coming writers of his day?

E. M. Forster, who published Aspects of the Novel in 1927—an analysis of literary craft that Wood attempts to replace—addresses Virginia Woolf and James Joyce, writing also in the 1920s. Forster can hardly contain his excitement over the technical developments of modernism.

In contrast, Wood drops nary a word about Jhumpa Lahiri, Ha Jin, Susan Choi, or any number of writers who were opening the canon in the early 2000s, changing the stories we tell and the ways we tell them, while gaining significant accolades for their work. So many diverse writers were noticed in the first ten years of this century. Many of them went on to great success and acclaim in the next decade. Unlike Forster, can Wood not recognize genius in his contemporaries?

And most astonishingly: why does Wood refuse to engage with novels from writers of color, especially black writers?

There is much to admire in Wood’s book. His criticism is informed by literary theory, and he includes references to the Russian Formalists, Foucault, and Freud. He challenges Forster’s taxonomy of characters as either “flat” or “round,” positing something more like a spectrum where on one end we have opacity and on the other, transparency. He is interested in consciousness—inevitably so, since he is writing long after the end of postmodernism—and the ways that the self betrays itself. He invents wonderful turns of phrase to express this and many other ideas, such as “the little riot of freedom in otherwise orderly souls” (p. 136).

True, he does make sweeping claims that are difficult to support. He asserts that Denis Diderot single-handedly gave us the “psychological flamboyance and acuity” of authors as wide-ranging as Fyodor Dostoevsky and Ralph Ellison. In a single bound, he also overleaps the usual crediting of Jane Austen and her 1815 novel Emma as the progenitor of free indirect discourse—a technique in which readers overhear a character’s thoughts without dialogue tags or mediation by the author. Instead, Wood quite inexplicably (considering the fact of chronology) passes the honor to Flaubert for his 1869 novel Sentimental Education, claiming that Flaubert is “really [the] founder” of free indirect discourse and writers should “thank Flaubert the way poets thank spring.”

I can usually forgive critics a bit of overreaching and sentimentality, but Wood doesn’t make it easy. 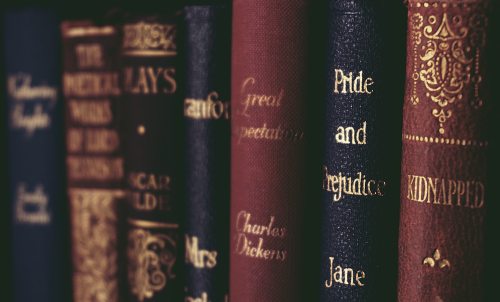 Not least because of who he chooses to overlook in order to place laurels on the heads of white men. When discussing white women, he has a woefully short attention span. For men of color, it’s even shorter. They appear only as names in lists, with V. S. Naipaul as the lone exception. And the only woman of color featured is Zadie Smith, buried in a long list of novelists.

Wood focuses on dead, white male authors: the safest and most conservative version of the Western canon. At the top of his pyramid, he positions Shakespeare, the Bible, Flaubert, D.H. Lawrence, and Henry James. Moving a little further down his hierarchy, we have Joseph Conrad and Philip Roth and David Foster Wallace.

Then we get four white women, all dead, (Muriel Spark, Jane Austen, Virginia Woolf, Iris Murdoch) whom he mentions more than three or four times. But Murdoch’s fiction he calls “feeble,” a word with heavy sexist freight. Austen he perpetually brings up only to move on before he’s given a single example, as if he is easily distracted, as if he can’t tolerate thinking about her genius for more than a paragraph or two. Or as if—and I do worry—he has never actually read her. And then he moves swiftly on to James or Dostoevsky, choosing a single character, which he will then blaze on about for five to ten pages at a time.

One could argue, of course, that Wood is mindful of his own ignorance. It’s possible that he would never presume to critique novelists whose gender, culture, and traditions vary from his own. Perhaps, one might hope, he is simply trying to stay in his lane. But the problem is he never says so. And as a staff writer at The New Yorker, a professor at Harvard, and a critic who has written for The Guardian and The New Republic, he has a special kind of authority. An authority that very few white women and even fewer writers of color ever have conferred upon them.

He is very much The Establishment. The Academy. Many people accept his opinions as facts. Indeed, he titles his own book How Fiction Works. Not A Few Thoughts on My Favorite Books. Which, it turns out, is what he’s actually writing about.

Novelists such as James Baldwin, Alice Walker, Zora Neale Hurston, Octavia Butler, Jean Toomer, Richard Wright, Jessie Fauset, Bernardine Evaristo, and Chimamanda Ngozi Adichie exist nowhere in Wood’s constellation of literature. Worst of all, he does not name Toni Morrison even once, the only black woman to be awarded the Nobel Prize for Literature. Not even in his many lists, where one finds most of the women and which almost bristle with defensiveness. 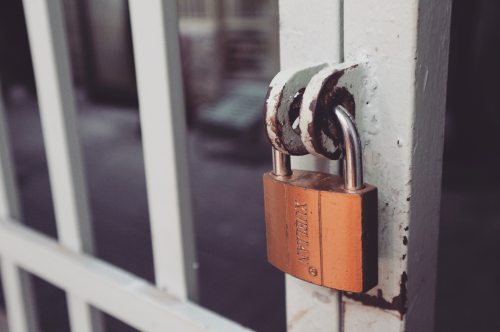 What does it matter? You may ask. Why can’t a guy just write about who he wants to write about and leave it at that?

Indeed, some critics, such as Harold Bloom, assert that it is apolitical to work from the oldest, whitest, masculine canon. They argue that it is not political to cut off the guest list and announce that no one else gets invited to the party. What is political, they attest, is to propose additions to the canon.

But there is no canon that is apolitical. No canon is final, definite, static. From the very beginning of Western texts, whether you date that to The Epic of Gilgamesh or the Bible, the canon has been a commentary on society’s shifting norms and values. It is an ever-changing index of what stories we value and which ones we do not. Of who has authority, and who does not. And when it is exclusively Ivy League-educated white men who set that guest list, they can hardly pretend to impartiality.

Omissions, then, are inherently political. They are not a neat way of sidestepping the whole question of canonization. Any decision about who is and is not included in an analysis of literature, particularly from a celebrated literary critic, announces the validity of a particular canon and its exclusions. And Wood’s choice to exclude novelists of color and most women generally, without any comment upon this choice, presents his canon as a fait accompli. An objective canon. A “pure” canon.

He is a gatekeeper, whether he wants to be or not, and in 2008 he presented the English-speaking world with a volume that has been read as authoritative—”an alternative history of the novel,” the book flap asserts. But it is a volume that does not acknowledge the masterpieces and innovations contributed by writers outside his own race and gender. It left me, ultimately, lonesome and sad. Where were the novelists I admire most? The novelists whose achievements are lauded, with legacies in visual art, film, and literature? Wood’s omission of these voices, his effort to present the novel as a monolith of white masculinity, slams the gate to literature in our faces and locks us out.