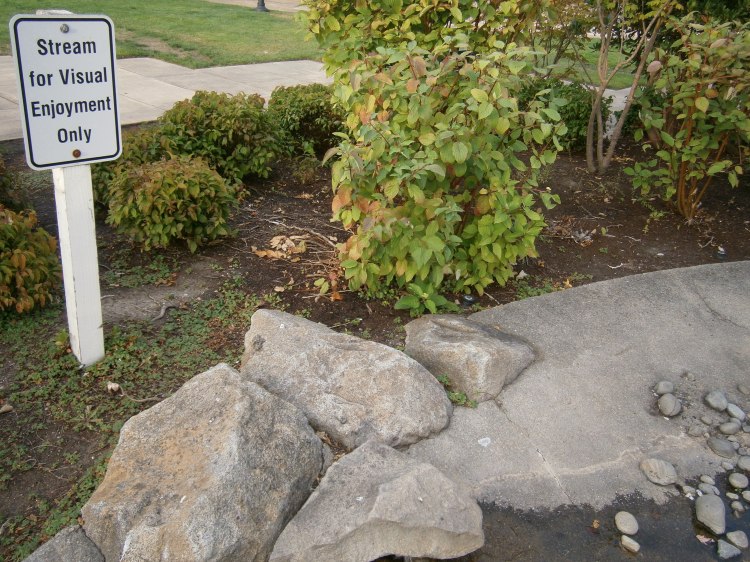 Tonight I attended Lynda Mapes’s reading from her recent book, Elwha: A River Reborn. She chronicles the world’s largest dam removal project, which began in 2011 right here in Washington state.

More interesting, though, were the audience questions: What unintended consequences do you foresee? Is there any discussion of the complex issues this raises–as dismantling the source of hydropower puts Port Angeles on the Bonneville grid, which relies mostly on coal?

And most interesting of all, the two unstated but implied questions throughout the evening:

But I do know that the audience packed into the auditorium was composed of folks dressed in fleece, in Columbia and North Face gear. Backpacks slung over their shoulders. Boots laced up. They looked, for the most part, like they’d just interrupted their hiking expeditions to swing by Seattle’s Central Library.

If ever your audience was geared up–literally–to save the salmon and restore the natural ecosystem, these were your peeps.

And even they were skeptical.

Removing the dams’ supply of electricity doesn’t make a big dent in our grid. The region is largely reliant on coal anyway. But the question of cost and the concern over priorities–these are important questions to ask.

I don’t know the answers. And Mapes said even the scientists she had closely followed in her field research were waiting to see the end results. But it was “Indians and birdwatchers” who launched this project in the beginning. It was the common people who made it happen.

I have nothing against saving certain salmon runs from extinction. It seems a noble and heroic undertaking, to preserve the balance in the natural world–as much as possible.

But I find myself wondering if that manpower and money would be better spent on alternative energy research. On restoration of forests over salmon runs. And when do we say enough is enough–this species had its shot, and we just don’t have the resources to sink into saving them?

But wind turbines and solar panels aren’t attractive mascots. People don’t have hobbies around them. And they wouldn’t make for popular attractions at the end of Highway 101.

The hard truth is that the ecological choices we make, as a species, come down to our own happiness and pleasure. My ecology professor in college, Martha Groom, pointed out that any restoration project is a kind of fantasy. An attempt to recreate an ecosystem that no longer exists and may not mesh well within the existing ecosystem. Restoration is heroic, even necessary, but it is a kind of myth-making.

It comes down to what we imagine to be the desirable world.

For more on Elwha: A River Reborn http://www.amazon.com/Elwha-River-Reborn-Lynda-Mapes/dp/1594857342

One thought on “The Desirable World”