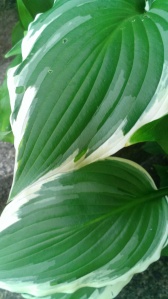 A weed, everyone says, but it’s always been one of my favorite flowers. That lion’s mane of yellow petals. Ferocious. Shooting up anywhere. Everywhere. Between cracks in the sidewalk, among the rose beds, under front steps, in ditches along the roadside. Sprouting over lawns. I’ve yet to see a boundary the dandelion can’t defy, with those toothed, spreading leaves. With all the resolve of life itself, it roots down wherever the seeds land, and then the hollowed stalk bursts into flower, and earth answers with reflections of the sun itself dotting hillsides and street sides.

What is it that makes one person able to defy circumstance and grow where they’re planted, while loss stamps another’s petals flat, never to unfurl again? Crushed among the matted grass? What determines whether trauma and loss elevate, or embitter, us?

And do we get to choose?

I suspect part of grit is hope. Otherwise known as imagination—the capacity to dream of other realities beyond the darkness.

Growing up in an abusive home and confronted with regular attacks, both physical and psychological, I learned what Viktor Frankl calls “the last of the human freedoms”—the choice you have left when your agency is taken from you. The choice of how to live in your own mind. From literature, I learned defiance, resilience, self-discipline, and self-reliance. Not out of nobility, but from a child’s instinct to survive.

I developed an intimate understanding of suffering and what can be learned from it—compassion, courage, getting back up even knowing you’ll be knocked back down because that’s not what life is about anyway—since life, for me, became about dignity. Which is really the only choice you have left if you are a child in an abusive home. Or maybe for anyone living in an abusive relationship–“captivity”, Judith Herman calls it in her classic, Trauma and Recovery.

There is, of course, death, too. Suicide. There is that.

But there is also the world of the mind and the words that bring it into being. And these are the only power that really mattered in the end, because that’s how I came out from those four walls.

It was also how I resisted the allure of blade against soft underside of wrist—I couldn’t, I couldn’t ever because there were still so many words to make a world with, and year after year, I sat at my window behind my closed door and lived in those other worlds, writing, painting them into being, alone with just the sky through that window, and the hope that if I pretended long enough and hard enough, those other worlds would save me, and I would step out of that place and into this one.