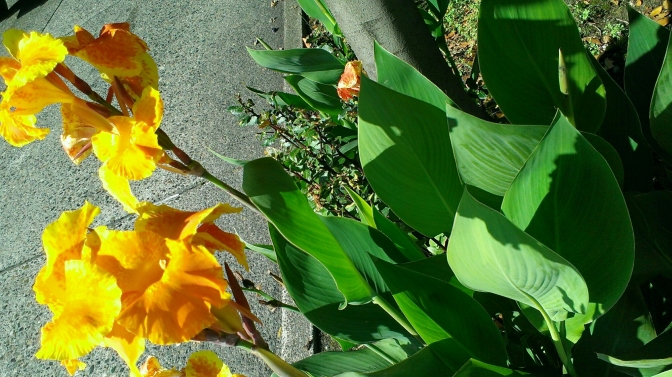 I’m not saying that’s the point of the LGBTQ community. Hardly. But it’s a fact that throughout history, rights movements driven by one group inadvertently benefit others. The Civil Rights Movement empowered more than just blacks. The ADA improved accessibility for more than just the differently abled. So yes, even as a privileged straight white girl, I benefit from the movement for LGBTQ rights. Here’s how.

When I attended GaymerX in 2013, I had just survived the roughest year of my life in 2012. A divorce. An ugly falling out with a guy I had kind-of-sort-of been dating. Two assaults. Sexual harassment from my landlord. And a couple months when I felt overwhelmed by suicidal thoughts.

Let’s just say I was not in the mood for love.

Actually, let’s face facts: Normative heterosexuality and mainstream masculinity had fucked me over. It had fucked me over real good. When a guy slid into a bus seat beside me, my breathing turned ragged and shallow with fear. If a man so much as looked at me, my hands started shaking. I lived day-to-day life in a terrified stupor, and my social support network was limited. I was traumatized and terror-stricken, and I felt alone.

Then, in August 2013, a friend invited me to a gaming convention. I thought a vacation somewhere else, in a different sub-culture, was a good idea.

Because at GaymerX, both men and women were openly feminist. For the first time in my life, I found myself in the midst of thousands of people–many of them men–and the male gaze didn’t feel threatening or invasive. One woman glanced up at me from a table, her eyes darkening. Startled. She stared. I smiled bashfully and then shrugged. Sorry. Straight. And I learned attraction and desire look pretty much the same, regardless of gender and orientation.

I learned, in watching gay couples lace their arms around each other, one man resting his head on another man’s shoulder in blissful surrender–in an environment where they felt safe, too–that love and sex are not by necessity power plays, driven by manipulation and male violence. We can write our own definitions of love and gender identity, and those definitions can provide the foundation for equality and fairness.

On my way back to the airport, I looked out the taxi window and watched the blue fog roll in. For the first time in years, I was intensely aware of my own sexual desires and identity–and at long last, they didn’t frighten me. It seemed possible then to find a straight man who could both love and respect me, without these destructive fantasies of control.

I’m now engaged to a feminist, progressive playwright who is passionate not just about our relationship and his art–but also about honoring and supporting my agency, my voice, and my ambitions. After so much trauma, I am in love. I don’t think it could have happened again so soon and so mindfully without GaymerX and the LGBTQ community I was honored to game with that weekend.