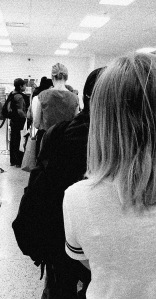 Quitters are losers, right? But maybe you find yourself still up at 1:30 in the morning, working on a project that’s not exactly urgent. Alert and hyper-attentive to everything but your night-owl family member. And that’s when it hits you–you might be addicted to work. That was my realization, anyway.
Workaholism goes by many definitions, but most boil down to a relentless compulsion to work. Dr. Killinger, one of the first researchers to venture down this particularly dark rabbit hole, attributes many of the problems that arise with workaholism to our emotions “no longer informing judgment.” Sounds like a positive, right? Who doesn’t want to be rational, focused, and in control?
Wrong.
The problem here is that we’re social animals, and we can’t carry on a friendship–much less manage to be attentive and loving towards our children or spouse–if we are too consumed by our ambition and desire for control to bother with empathy. Without empathy and the social ties it engenders, we aren’t much better than the average sociopath. I mean, isn’t that kind-of-sort-of what happened to Macbeth and his wife?
Speaking of Macbeth’s ambitions at the cost of his relationships, I’ve seen first-hand how that turns out on a less dramatic scale. Growing up, I watched my father spiral into obsessions of power and control. He wanted financial and professional success, and he wanted it yesterday. Every second spent on something that didn’t help him get ahead was a moment wasted. He once had been a father who let his children play out in the front yard long after dusk while he watched us from the kitchen window, laughing. After it was too dark to see, he called us in for homemade milkshakes and listened to our adventures.
Two moves and less than ten years later, he fielded work phone calls on weekends, played Solitaire compulsively whenever he wasn’t working, suffered from insomnia, and had violent rages that gradually eroded our trust in him. He yelled and threw tantrums if his family interrupted him, if I insisted we not talk work at the dinner table, or if he caught me reading anything but textbooks. He had lost all enjoyment in life, and he resented seeing enjoyment anywhere else. It was a painful reminder to all of us of the man he once had been.
Fifteen years later, I recognize some of the symptoms in myself. Irritability with loved ones who cut short my work time. Rushing through social interactions. Inability to stop thinking about work. The lust for control over every contingency. I suspect that, in part, it’s because each morning I wake up beside the man I love. And my perfectionist, workaholic parents taught me that if you want someone to love you, you better get busy.
So how do we cure workaholism? I don’t know. But I think maybe I can take a tip from my grandfather who quit smoking by, well, just quitting. One day he read an article that convinced him second-hand smoke wasn’t any good for his loved ones, and he just stopped. He went around with a pack in his breast pocket for months, just to prove to himself he was done.
Sure, we can’t quit work. But we can go through life with it contained in our breast pocket, delineated by boundaries. I leave for vacation tomorrow, so we’re about to find out.