Personality psychology, several of my college professors asserted, is the least scientific branch of psychology. And I get it. There are about as many models for personality as there are models of cars. It’s also a field where, like the study of intelligence, it can be hard to come up with reliable evidence. Results tend to vary too much to be valid.

Just take the “Big Five”—one of the most widely accepted models of personality measuring openness, agreeableness, consciousness, introversion/extroversion, and neuroticism. In 2013, cross-cultural research made this framework look pretty silly. And if culture determines personality, what then? Can there really be a psychology of personality at all? Or are we just back to developmental psychology?

Truth be told, I don’t really care. I come to personality psychology for the insights, not facts. Any model is just a perspective, a way to see ourselves and others differently. So long as I look at personality as just that, it works great for me.

One of my favorites since high school is the Myers-Briggs Type Indicator (MBTI). It is, like many personality measures, not particularly valid or reliable. But it’s fun. I almost always get marked as an INFJ. My type is introverted and highly attuned to others’ feelings and moods. But we’re also principled and motivated, and if you push us on something that intersects with our values, we will be butting heads as long as Sisyphus keeps rolling that rock up his hill. We get shit done—whether that’s a master’s with chronic illness, learning Thai, or earning a motorcycle endorsement. INFJs tend to be future-oriented with an emphasis on improvement of self, others, and the world. We can be both deeply inspiring, and deeply annoying. 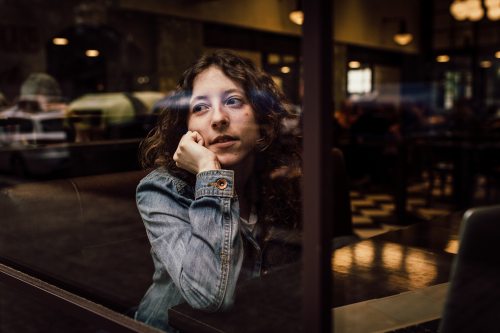 That’s all true. But the MBTI, like all personality measures, is incomplete. You can know I’m an INFJ, and I can know that you’re an ESTJ. This will give me a sense of how we’re likely to differ. But it’s not going to help me know you. And it’s not going to help me know whether you’re healthy or unhealthy, whether you’ll kick me around when you get the chance or whether you’ll stand with me shoulder-to-shoulder as a respected peer.

From what I can tell, it’s at least as flawed as most personality measures and probably more so. Since Enneagram types are entirely self-identified (you follow your hunch), there’s no way to be sure you’ve identified your type correctly. I’m deeply skeptical there’s any validity here at all.

I also love it. Because, again, I don’t expect this to deliver objective truth. It’s just one perspective.

And what’s especially helpful for me is that the Enneagram, unlike most personality measures I’ve studied, emphasizes movement. A lot of personality models take pride in being consistent across the lifespan. Once an introvert, always an introvert. Or so the thinking goes.

But we all know this to be untrue. An impatient, hot-tempered young mother grows into a loving and generous grandmother. A nurturing teacher at the outset of their career comes to be embittered and cynical towards students by the end.

People change. And people change in ways that have nothing to do, in our lived experience, with the Big Five traits. A former friend who went from a fierce advocate to an abuser didn’t become less introverted or more neurotic. They just took their flaws and amplified them. At points in my life, I’ve taken my judgmental tendencies in the wrong direction as well, using them to shame and coerce people. Not cool. At healthier points, I’ve used my judgments to reflect on what matters to me and why. It’s all in what we do with what we’re born with. The child is the father of the man, as Wordsworth said.

The Enneagram is the first model I’ve come across that addresses these lifelong changes. Not only does it provide the usual array of types that every personality model offers, but it breaks those types into a spectrum running the gamut from health to self-destructiveness. Gone is the idea that personality is somehow static. Gone, too, is the idea that a personality can be disordered or dysfunctional in and of itself. Every personality is valid. The question is how we manifest our traits.

So my INFJ “idealist” type from Myers-Briggs? It neatly translates into an Enneagram One. Many of the qualities are identical: principled, rational, high standards. Same-old, same-old.

But then the Enneagram gets interesting. The Levels of Development describe all the levels of health, average function, and unhealthiness that a person can express. At my healthiest, the Enneagram says my type can “become extraordinarily wise and discerning… Humane, inspiring, and hopeful.” At my worst, I become “punitive and cruel” towards anyone I perceive as falling short. I can become eager to condemn and susceptible to depression. And there’s a whole range of options in between.

Here’s why I love this. Everybody gets this pendulum swing. Everybody can be unhealthy or healthy. And that is a deeply hopeful idea.

My abusive father wasn’t simply a villain. He was someone who could have turned out differently, an adult who could’ve chosen differently—but didn’t. We all have that choice. And we all make that choice every single day. I’m not going to go from condemning and punishing to being wise, humane, and inspiring in a week or a year or even ten years. But I’ve been working toward that most of my 39 years, and I’ve made some serious progress. Anyone can make progress at any time.

This affirms the way I prefer to look at my abusive dad. We’re not supposed to “type” other people, but I find it helpful to cut abusers down to size and see them as merely human. Broken, destructive people. But still, just people.

And I’m pretty sure my dad is an Eight on the Enneagram. One Father’s Day, I gifted him a book on communication. I was still young and optimistic that we might someday have a decent father-daughter relationship.

“Great,” he said. “This’ll help me make people do what I want them to.”

And my own wounding experiences with this particular Eight help me understand why I can have an allergic reaction to this personality type. If you aren’t serving up top-notch, Grade-A, grass-fed Eights, I’m probably going to withdraw and let the hornet’s nest be a hornet’s nest.

I do think a hornet’s nest is a pretty good metaphor for an Eight. They either learn to manage the hornet’s nest like a master beekeeper and keep it in check, gradually transforming it into a beehive where, yes, you can still get stung. But also: honey. The healthiest Eights can “become self-restrained and magnanimous, merciful… and courageous.” And I’ve known at least a couple in this camp. Healthy Eights are very cool. My mother-in-law is this type. The One approves of their high standards, bent towards justice, self-restraint, and proactive pragmatism. We can be an awesome team.

But some Eights, like my father, embrace the hornet’s nest aspect of their personality. They see confrontation and their own style of aggression as an avenue to achieve power, intimidating and bullying and threatening their way to dominance. Anywhere their anxiety and rage spin out of control, they can resort to coercion, passive aggression, and other forms of manipulation and violence. Yikes.

The unhealthiest Eights can look like sociopaths, “brutally destroying everything that has not conformed to their will rather than surrender to anyone else. Vengeful, barbaric.” That’s my father at his worst. Everything with him was a power struggle, and he had to come out on top, whether it was a dinner conversation or a driving lesson.

And the Enneagram helps me understand that:

A) He wasn’t born that way. But also, abuse hadn’t made him that way. He always existed on a spectrum, and he chose to sink lower rather than stretch his branches toward the sun. That’s on him and no one else.

B) But I wasn’t a fool as a kid to hold out hope for him. Nobody’s personality or history is destiny. My father could have snapped out of it and chosen to steer his life back on track. It was the better angels of my own One-ness that left me generous and hopeful enough to see that potential in him and nudge him toward it. We aren’t idiots for wanting to believe someone can become better; it’s always possible. It’s just not worth wasting my life on, and realizing that was part of growing up.

C) He wasn’t a dick to me just because I was a girl (though his misogyny figured into it). Eights and Ones are, according to the Enneagram, fire and ice. Their interactions can easily devolve into abuse and can be impossible to repair. This in no way justifies my father’s abuse. It’s just a helpful reminder that all parents have an easier time with certain personalities than others. Have enough kids (usually two is sufficient), and you’re going to have a favorite. It’s not my fault. And it’s not his fault we were opposites. But it is his fault that he chose to respond to those conflicts with abuse. He just looked at this little girl with a will of steel, and he decided to break it. I was the one thing in that house he could never control. It got to him.

And I find that oddly comforting.

I love the Enneagram because it recognizes we’re all shifting, like the ocean surface in its Langmuir circulation. Maybe we do have one personality. But that personality manifests differently from day to day and even hour to hour. It allows for complexity, for movement. And in that movement, there is hope.

None of us are static. We are all on our way somewhere. And where that movement leads is up to us.